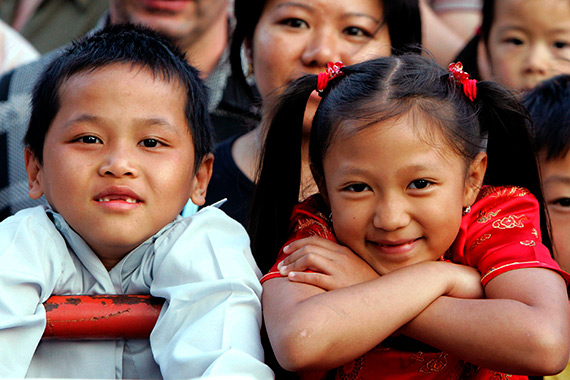 Half a century ago, our forebears in this Assembly unanimously adopted two great treaties which brought force of law to the principles laid out in the Universal Declaration of Human Rights.

These Covenants distilled the bitter lessons of warfare, genocide, colonial oppression and economic devastation into a legal code, creating a blueprint to build a different, more just and peaceful world.

Perhaps never in the history of our United Nations has it been so important to recall that the human rights principles embodied by the International Covenant on Civil and Political Rights and the International Covenant on Economic Social and Cultural Rights build justice, prosperity and peace – among nations and within them. They build opportunities, and ensure that every individual and every society can develop to their full potential. They build justice, and respect for diverse opinions, origins and faiths.

At a time of deepening turmoil, with rising antagonism and increasingly callous unconcern for the human suffering generated by conflict and deprivation, we can take stock of what these binding agreements have built; their fundamental wisdom and humanity; and their promise of a safer, fairer future.

We can fulfill their pledge.

The world's people – all the world's people – have a right to life, and to be free of torture, slavery and discrimination. They have a right to freedom of religion, freedom of speech and freedom of assembly. They have electoral rights, and a right to fair trial. A right to education, to an adequate standard of living, fair wages and safe working conditions. To decent housing, to the highest attainable standard of health, and to adequate protection when they are vulnerable by virtue of age, sickness or accident.

These are not empty words, but rights. Every State represented in this room has sworn to be accountable to its people in ensuring these rights are respected. They are universal, indivisible, interdependent and interrelated. They are interlocking, and the societies they build are resilient and strong.

The Covenants have been a lifeline for millions of women, men and children over the past 50 years. They have helped to shape constitutions of many nations represented in this chamber, and they are deeply grounded in your laws. They have taught us to turn away from discrimination, whether based on race, gender, ethnicity, religious faith, political opinion, sexual orientation or any other characteristic. They have shown us how to build rule of law institutions that are impartial, transparent and accessible. They have demonstrated that policy can be securely anchored in the expressed will of the people when there is greater freedom.

The Covenants continue to bear fruit. The 2030 Agenda and the Paris climate change agreement both draw deeply from their power – the drive to end discrimination on any grounds, and to build governance that is grounded in civil, political, economic, social and cultural rights.

This structure of law and principle is our most precious inheritance from past generations, and it is the most valuable legacy we can pass on to our children.

Dag Hammarskjöld said, "To build for man a world without fear, we must be without fear. To build a world of justice, we must be just.(...)The pursuit of peace and progress, with its trials and its errors, its successes and its setbacks, can never be relaxed and never abandoned."

Will it be our generation that breaks away from the human rights principles drawn up to save the world from the horror of the past? Will it be we who set off that return to injustice, hate, war, imperialism, the extractive and oppressive exercise of naked power?

In a tide of hatred and divisiveness, deep and vital principles may be swept away unheeded.

The world's States will not durably address poverty, climate change, migration, conflicts or terrorism without effective international cooperation, in a system that upholds human dignity and equality. There will be no peace, no development, no safety and no future if we ignore the rights of the people – all the world's people.

We cannot know what crises the next 50 years will bring. But when state institutions do not protect their people or guard against injustice; when they fail to share common resources equitably and safeguard the people's rights; then social cohesion is shattered, and the risk of division and violence is high.

States can set our shared planet on a course of greater inclusion; more sustained prosperity; more justice; more dignity; more freedom; more peace. States can embrace the voices of the people, instead of cutting short that most precious resource.

The Covenants, through the excellent work of the Human Rights Committee and the Committee on Economic, Social and Cultural Rights, continue to guide States and assist individuals to seek remedies for violations. In today's troubled global context, the treaty body system is deeply needed.I encourage this Assembly to act on the recommendations of the Secretary-General in his report which is currently before you, to ensure the treaty bodies can provide the most effective possible support.

Human rights offer States a path towards greater stability, not less. They ensure that disputes can be peacefully resolved and build confidence and loyalty, as well as thriving political and economic institutions. The most effective way to create societies that are cohesive and resilient is to build justice, dignity, equality, development – a system that protects the full human rights of every individual.

The 50th anniversary of the Covenants must be an occasion to reaffirm our commitment to the International Bill of Rights the great tripod of principle and commitment that is formed by the two Covenants and the Universal Declaration. These texts are the bedrock of sound governance. In them lives the world’s hope for peace.